Sammy's Shrinking Feeling is an upcoming animated short film that will be created and directed by Brian Coukis and is set to premiere in late 2020 or 2021. The short film is about how Sammy's friends shrunk via a magic wand while Sammy tries to return them back to their normal size again.

Oh no! Sammy's friends have been shrunken into small sized animals by a magic wand. Will Sammy help his friends come back to their regular size soon? 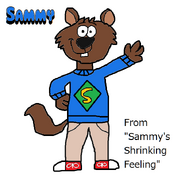 Concept art for Sammy, the main character of the short. 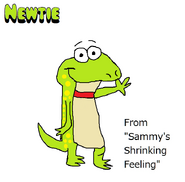 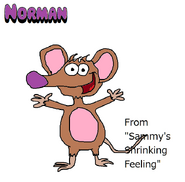 Concept art for Norman, the mouse. 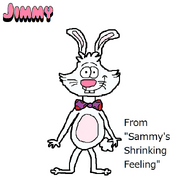 Concept art for Jimmy, the bunny. 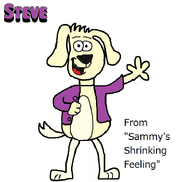 Concept art for Steve, the dog. 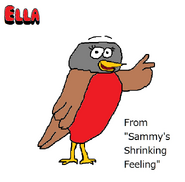 Concept art for Ella, the robin.

The promotional poster, showing how the short film was originally going to be animated.
Add a photo to this gallery
Retrieved from "https://briancoukis.fandom.com/wiki/Sammy%27s_Shrinking_Feeling?oldid=2726"
Community content is available under CC-BY-SA unless otherwise noted.