This is not to be confused with the person named Brian Coukis.

Brian Coukis is a YouTube channel that was founded by Brian Coukis in May 30, 2016. The channel originally focuses on him watching scary logos with his plush dolls at night. But later on, he began posting stuff that he regularly posts, such as logos, blogs, animations, etc. In November 2018, he started posting K9.5 videos like he does on his now-terminated YouTube channel Brian Coukis the 90s Kid.

He also does scary logo challenge videos where he plays a logo at the loudest volume. It is also a spinoff to the Scary Logos Theater.

After his account Brian Coukis The 90s Kid got terminated on August 26, 2019, he began re-uploading some of his old videos from that channel 2 days after it got terminated, starting with "K9.5 Live in Airedale - All Instruments", as well as remakes of them starting on March 1, 2020, where the first remake video he made was "RARE Lightspan Adventures Mug!".. 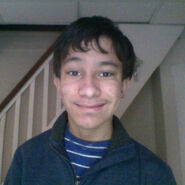 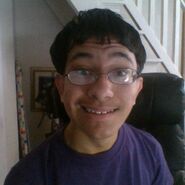 Brian Coukis' new channel art since November 2019, which features the members of K9.5, and Fiona and Melvin of The Amazing Gang.
Add a photo to this gallery
Retrieved from "https://briancoukis.fandom.com/wiki/Brian_Coukis_(YouTube_channel)?oldid=3395"
Community content is available under CC-BY-SA unless otherwise noted.